Think this is mashed potatoes and gravy?

…and it gave my kiddo a big surprise for his birthday! 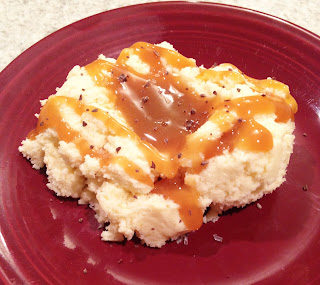 My baby boy turned 18 on Sunday.

He’s a Thanksgiving baby and he has to be one of the pickiest eaters on the planet.

but it looks just like mashed potatoes and gravy!

I had asked Zach countless times what kind of birthday dessert he wanted me to make him (he doesn’t like birthday cake, either), and he finally just told me to surprise him.

This looks so much like the real deal that Zach could barely bring himself to taste it.

Here’s a little peek at the fun we had with it: